Article abstracts donated to the SCCGS by Lawrence Kritis, photographs by Raymond Kritis.

The entity charged with care of this monument is unknown.

Above the names on the base are tributes to World War and Spanish American War soldiers (left), and Revolutionary War and Civil War soldiers (right). 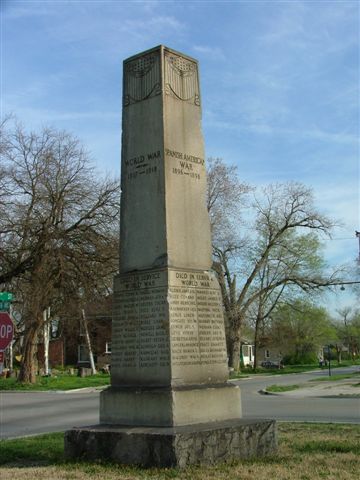 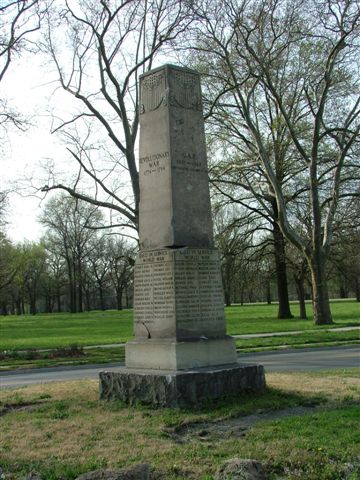 The Monument is located at head of Victory Drive in Jones Park, dedicated on the sixth anniversary of the signing of the Armistice

In total, 600 marched in parade, 200 in automobiles
1,500 assembled in park waiting for parade
Gold star mothers had seats of honor

Women of various war organizations attired in white and arms laden with flowers placed flowers at base after reveal for those who fell in the following battles:

Speech by Rev. J. Stanley Mitchell, “The Price of Peace” cut short by a drizzle, then downpour.

Dinner that night at Y.W.C.A. with guests of committees in charge of celebration, Miss Warner presided.

Monument centered in grass plot at intersection of three boulevards

Lower shaft inscribed with names of men who died in the World War, names compiled by Miss Warner

Names of 103 WWI soldiers inscribed on base of Monument